We must get this ideology out of schools & Institutions

A couple years back NMPED was sued & a judge determined that NM PED was not educating kids as it should be. It was not allocating funds equally, & many groups of students were statistically worse off than others.

The PED determined the answer was to further focus on the race & ethnicity of the students, teachers & Administrators in New Mexico, making their new grand solution centered fully around critical race theory. They call it by many other names, but that is what it is.

They developed the Identity Equity & transformation Division (IET) which is the new umbrella for all Leadership and oversight of all state and federal education acts & the Equity Councils.

Among the core values of the Identity, Equity and Transformation Division (IET) is an ‘agency-wide laser focus on social justice’. They want every teacher to be an activist & every student to become an ‘agent of change’ for their ideological & political motives in American society.

The Equity Councils is the major vessel in which the NMPED is pushing through Critical Race theory.

First I ask you would it be appropriate to have a white education act?

How about a ¼ Hispanic ¼ Black  ½  Indian education act?

Should there be an Asian Education Act?

Should we exclude Nigerian Americans from the BEA? They are statistically MORE successful than White Americans and Asian Americans, but their skin is dark. How can this be?

Which education act should my ½ minority child fall under?

WHY is the NM PED determined to divide our kids by race?

Aren’t we trying to give them ALL a good education? How is focusing on their skin color helping them succeed?

After all 37% of self identified “white” New Mexicans live in poverty. But yet somehow they are deemed “privileged” through the eyes of the NM PED.

Earlier in September, lawmakers were told that despite more than $1 billion of investments responding to the findings in the Yazzie-Martinez consolidated lawsuit, it’s unclear if students named in the lawsuit are “any better off.”

“The PED has hired over 80 people in the 14 months Steinhaus has been on board” So that this legacy of Racially Divisive & Social Justice focused Nonsense can continue even if the administration changes.

According to Steinhaus They have more funding than ever, teachers are getting paid more…yet the kids aren’t showing that much of an improvement.

Perhaps their focus on requiring everything to be Equitable by race is the problem, or it’s certainly not helping.

Assuming that every school, every white administrator, every white teacher, every white parent  & EVERY white student is GUILTY of racism because they simply exist? That is RACISM. These equity councils are FULL of and FOUNDED on RACISM & DISCRIMINATION.

As Educators you know that the focus should be on Equal Opportunities & rewarding hard work. It should be about teaching Critical Thinking, and NOT Critical Theories or political ideological narratives!   It’s about earning your Academic Achievements, Literacy & Math proficiencies… Graduation rates & dual credits. NONE of those things have anything to do with a child’s skin color!

It is BEYOND belittling and insulting to consider anyone less than capable because of their skin color.

I ask you to dissolve your equity council & simply treat everyone equally. Focus on Education and put a stop to this nonsense that is only leading to the division of students, staff, administration, and ultimately society.

Presenter: A Long Talk: They say White Supremacy is just white people in power. & Our Education system is an indoctrination into that system.

They Distort History & the Constitution . it was said: “We hold these truths to be self-evident…that all WHITE men are created equal” & that No one else was ever meant to be included. That 100% of America was birthed in White Supremacy”

They Spoke Extensively about BLM violence and why it was ok.

How Trauma is not individual and in the present. But there is “Generational Trauma from Slavery, Jim Crow, and the past. Because justice will never be served, & there will never be consequences…So violence is to be expected.

They say that “White Supremacy is afraid of power, action and empathy”

Anyone against Critical Race Theory: is “afraid of (teaching) empathy…. They don’t want [their] little white children to become empathetic to the plight of others…to focus, to listen, to learn because they might do something about it.”

They say “White Supremacy is upheld by “Intentional Ignorance” by the average American.

They say “It’s not about politics…..”

Yet they told us:  “Both parties have been terrible to black people for a long time. History has taught us that we’ve always had 2 main political parties. One whose main job is to maintain the status quo of white supremacy, and the other, whose job is to compromise with them to make it more palatable for the rest of us.“

The NM PED has NO good intentions with the Equity Councils & Critical Race Theory by any name is just as destructive, discriminatory, and divisive. I implore you to remove your equity council and submit a resolution to the PED denouncing their focus on racially divisive & Anti-American rhetoric!

“For white people living in North America learning to be anti-racist is a re-education process. I must unlearn the thorough racist conditioning to re-educate and re-condition myself as an anti-racist.”

…This journey sends us into unfamiliar territory; we have never been here before. No white person has ever lived in a non-racist North America.) None of us has ever been taught the skills of anti-racist living. Indeed, we have been carefully taught the opposite: how to maintain our white privilege. Racism, the system (of oppression) and advantage (for white people) depends on the collusion and cooperation of white people for its perpetuation.”

“Most of us first became aware of racial prejudice and injustice as children. As white infants we were fed a pabulum of propaganda. That early “training” was comprehensive and left little room for question, challenge or doubt. Our childhood games, rhymes and media conspired” to teach us to be racists https://culturalbridgestojustice.org/detour-spotting/

White Racial Identity and Anti-Racist Education: A Catalyst for Change

Microaggressions (PED Canvas Catalog): (over 1300 educators have taken it)

“Racism is a pervasive public health problem and a form of violence.”

Examples: Mispronouncing a name, where are you from? Etc.

School employees can and must protect students health and safety by interrupting acts of racism. If they do not, then they are complicit in the racist act.

They must address racism at the internalized, interpersonal, institutional, and structural levels to mitigate harm.

One by Ibram X Kendi. Stamped from the beginning

“To fix the original sin of racism, Americans should pass an anti-racist amendment to the U.S. Constitution that enshrines two guiding anti-racist principsals: Racial inequity is evidence of racist policy and the different racial groups are equals.

The amendment would make unconstitutional racial inequity over a certain threshold, as well as racist ideas by public officials (with “racist ideas” and “public official” clearly defined). It would establish and permanently fund the Department of Anti-racism (DOA) comprised of formally trained experts on racism and no political appointees.

The DOA would be responsible for preclearing all local, state and federal public policies to ensure they won’t yield racial inequity, monitor those policies, investigate private racist policies when racial inequity surfaces, and monitor public officials for expressions of racist ideas. The DOA would be empowered with disciplinary tools to wield over and against policymakers and public officials who do not voluntarily change their racist policy and ideas.

Some Videos worth watching: 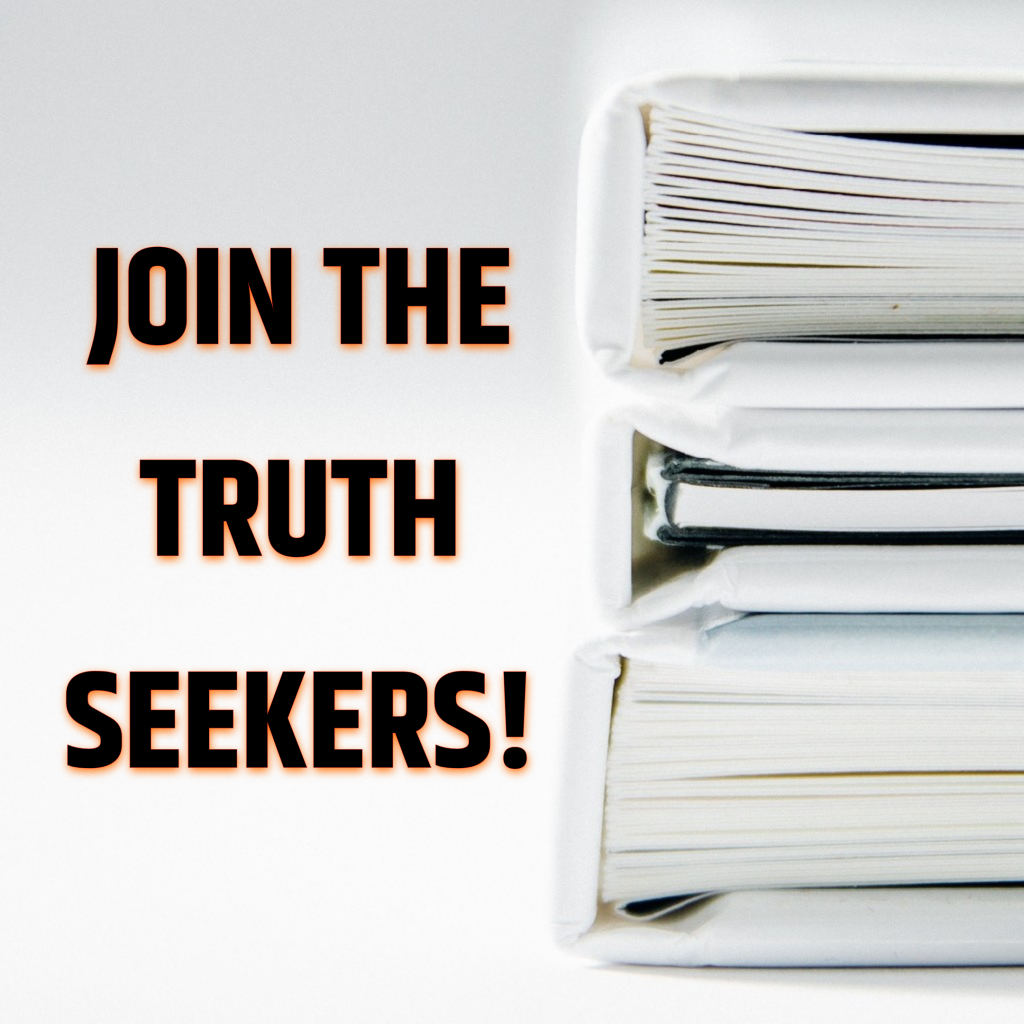 Join our team of patriots willing to Make or go through Records request to find the truth & fight corruption! 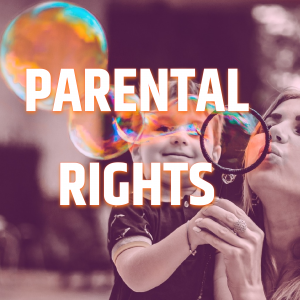 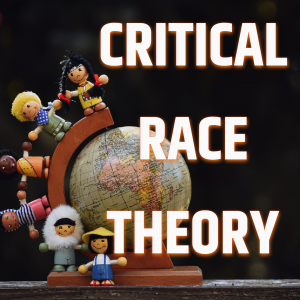 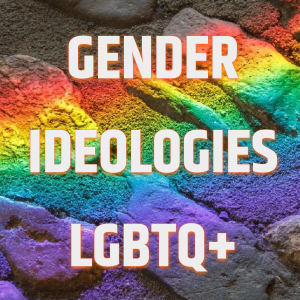 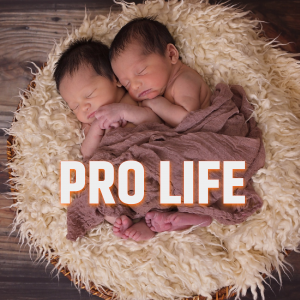